Excitement and mistrust also surrounded the premiere of the house of the dragon, the new series based on the universe created by GRR Martin. However, unlike its predecessor series, game of Thrones the current production has an already determined main plot, and bets on gaps and different points of view to build an interesting experience for readers and novices alike.

the heyday of the Targaryen dynasty, but the success of Viserys (Paddy Considine) is anyone’s guess. Losing his wife and son in childbirth, the king decides to name his only daughter Rhaenyra (Milly Alcock/Emma D’Arcy) as heir to the Iron Throne. But the ruler remarries the young Alicent Hightower (Emily Carey/Olivia Cooke), and has new male heirs. Now the daughter’s legitimacy is questioned, and the series circles around the clash between the original heiress and the new candidates.

A clash that has been a cold war for two decades, with many small conflicts that will culminate in the famous Dance of the Dragons, the war between Targaryen heirs and their allies. The writers’ choice was to use a season to build and present the circumstances that build conflict. Betting on key points over many years. A choice that has its pros and cons, if on the one hand there are no fuss and many more contemplative moments, on the other hand the construction of daily life, presentations and relationships between the characters, lose ground.

Another negative factor is the many time jumps, which include roster changes that can confuse some of the audience. When we finally learn the characters’ complicated names, their interpreters are switched. Others are played on stage, without major introductions, such as the twins Arryk and Erryk (Luke Tittensor and Elliott Tittensor). 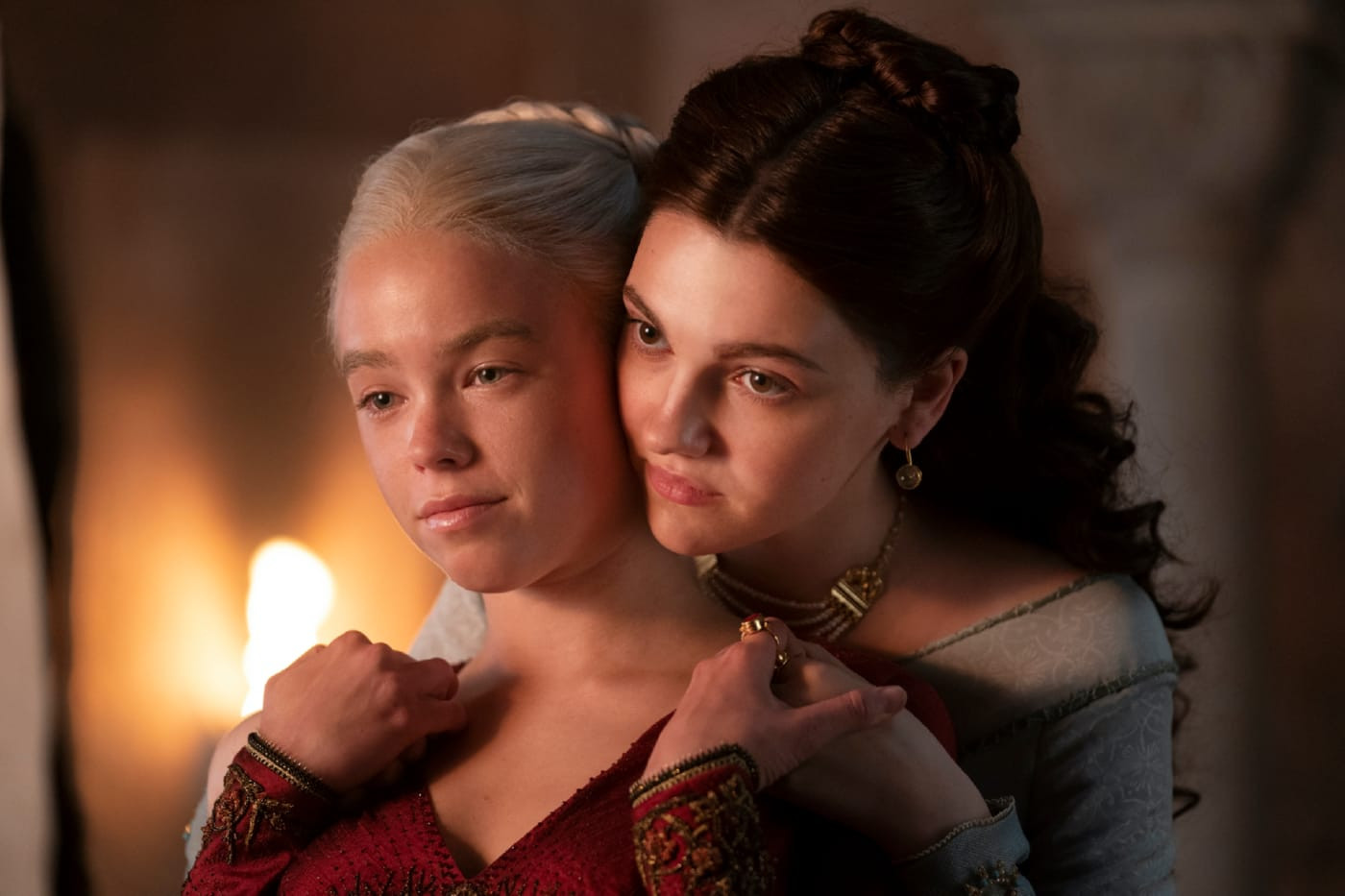 The series seems to bet on the viewer’s willingness to research, discuss, exchange information and make theories about each episode. So she dares to omit several moments, suggest others, and leave details for the public to deduce. Yes, theorizing, following youtube lives and researching on your own is engaging and fun, but it shouldn’t be a requirement to understand the program in its entirety. The series needs to work alone. And besides, there are still details that no theory explains, such as the indulgence in relation to Sir Christan Cole’s actions at the princess’s wedding. But that’s ok, let’s say that as fans of fantasy we overcome this however, and so we were able to take advantage of the strengths of the work, which are many.

eat by the cast. If everyday life and relationships are hurried, a good cast is efficient, as in a few scenes they clearly express the anxieties, motivations and conflicts of their characters. Paddy Considine and Matt Smith stand out by playing opposite brothers Viserys and Damon. While the first builds a well-meaning and determined king, but with not so sure choices and their gradual deterioration. The second begins as the personification of chaos, and maintains the ambiguous and dangerous personality that makes us constantly oscillate between admiration and terror. 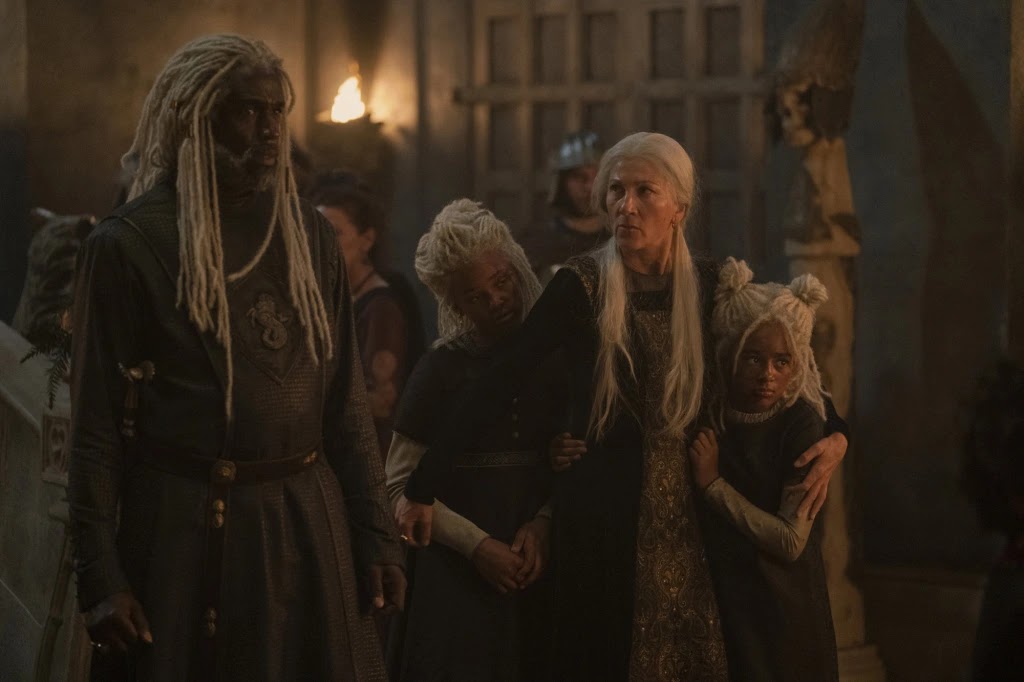 Others who ooze charisma are the portrayals of the Velarion couple (Steve Toussaint and Eve Best), the strong and ambitious Lord Corlys Velaryon, and the cunning queen who was never Princess Rhaenys. J Fabien Frankel gets it right by turning gallant knight Sir Criston Cole into a hated, spiteful ex.

But only Rhaenyra and Alicent drive the narrative. Here the series surprises by making the transition between the young and adult versions of the characters in an organic and efficient way. They don’t just age, they evolve and mature. Milly Alcock’s brash and frightened princess grows up to be Emma D’Arcy’s cautious and sensible candidate for the throne. As Emily Carey’s frightened and manipulated Hightower, she becomes the fierce player in Olivia Cooke’s war for the throne. The latter surpasses herself by presenting different layers and simultaneous feelings that her character faces. 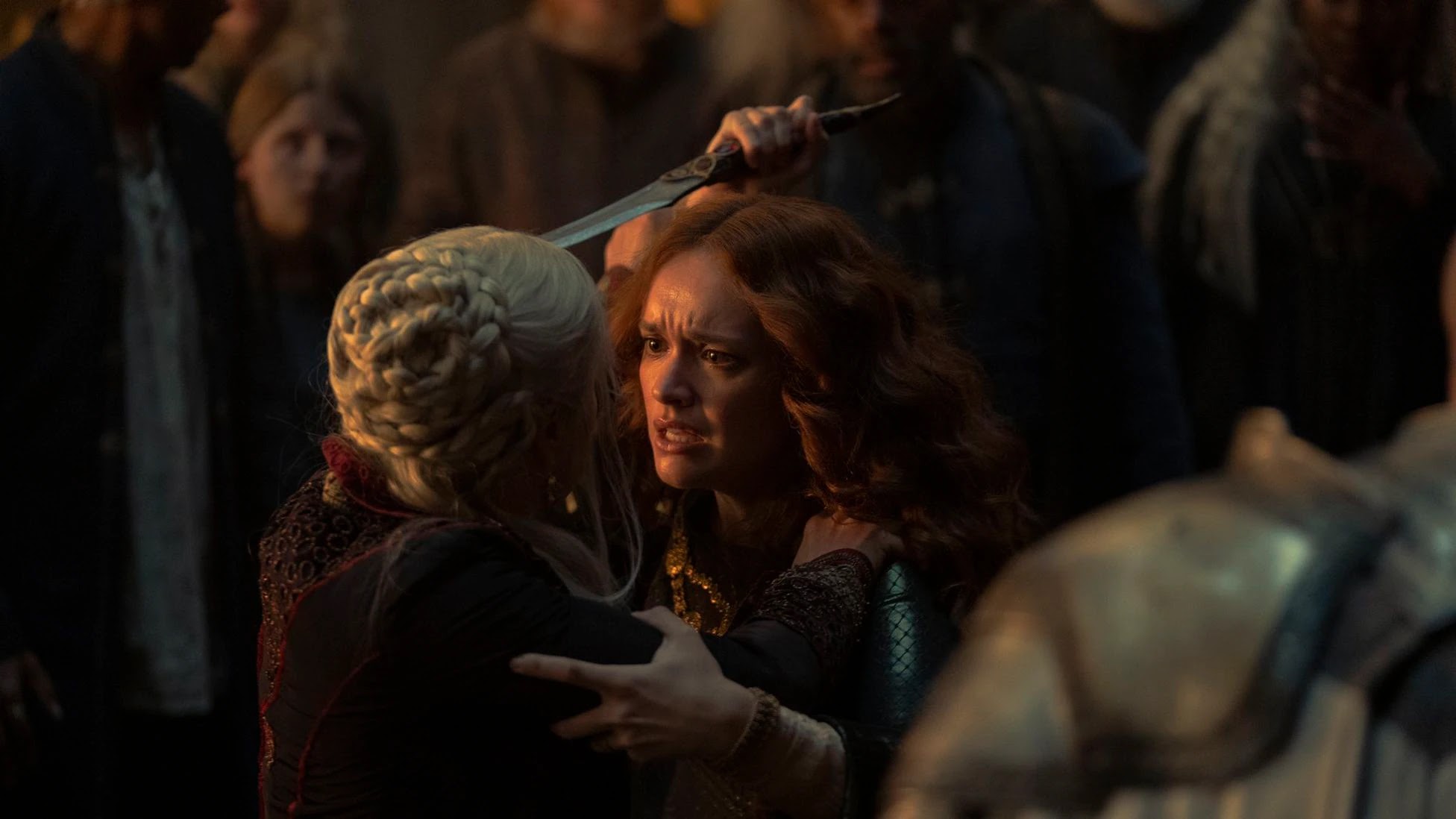 Narratively, the production is right by betting on the “gaps” that the base material provides. fire and blood, the book on which the series is based, is a historical account produced by maesters. A record to be accessed by anyone who wants to study the Targaryen dynasty, which also exists within the story, and is reported by outside sources. This gives rise to many versions and interpretations of each fact. The series’ script takes these many options and builds their own version of the facts, thus managing to surprise readers as well.

More economical and direct than those of the first series of the franchise, the dialogues of the house of the dragon often gives rise to eloquent actions and expressions. Much said between the lines, by gestures, looks and attitudes. Some things, which explained in speeches, might not have the same impact. 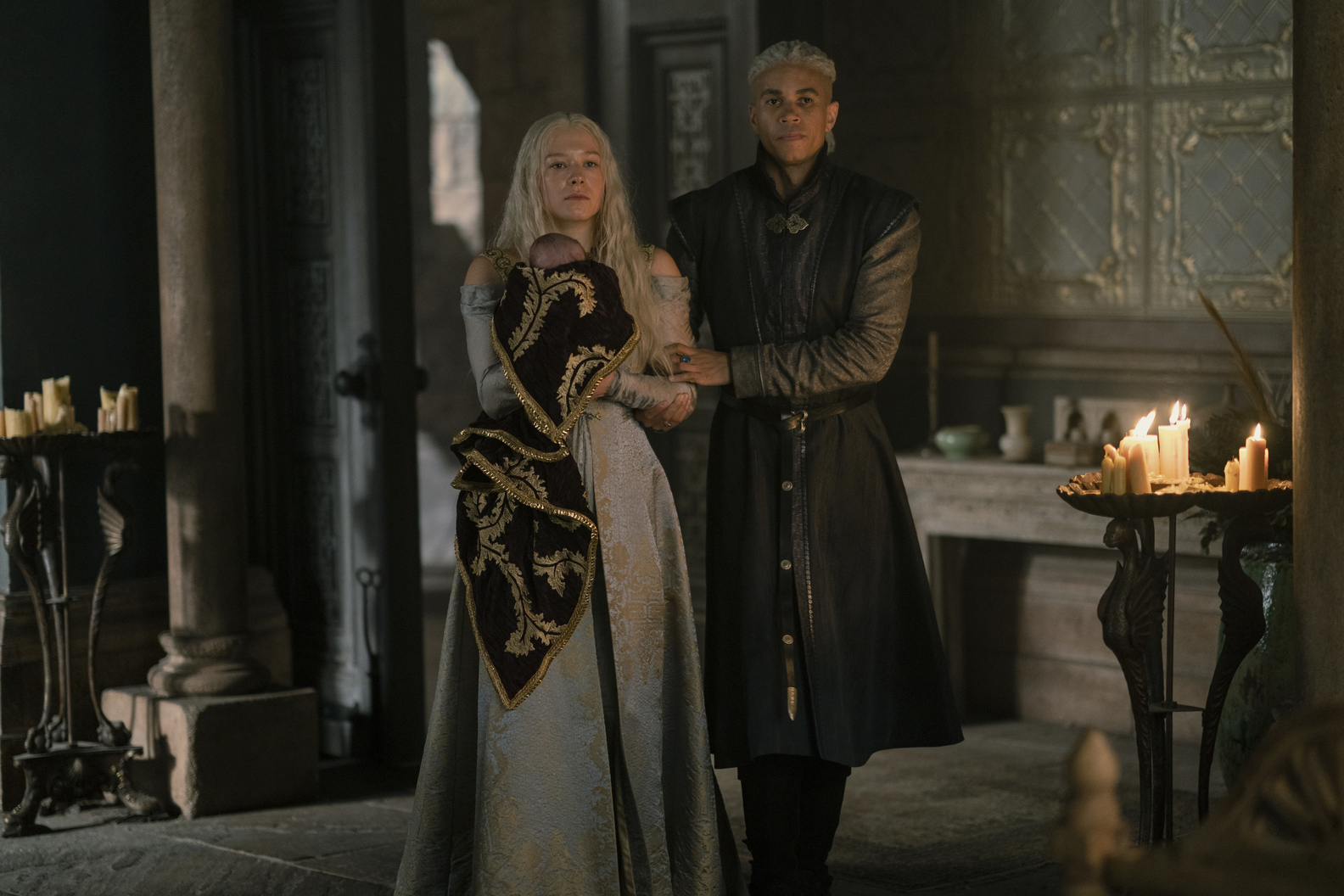 The series also corrects some flaws of its predecessor, adopting a more diverse cast, and better dealing with themes such as sexual violence and the way of portraying women. The increase in the number of female directors in production is probably what provides this more accurate approach. We then discuss the role and value of women in this society, and the impositions that are made on them. In addition to other themes that affect all characters, such as homosexuality, legitimacy, loyalty, greed, manipulation, remorse, murder and fate. The latter in an unnecessary and incoherent connection as game of Thrones. Does there need to be a Targaryen on the Iron Throne when the Long Night comes? Wait, we’ve seen that. And it wasn’t like that.

Technically, the production is almost flawless. Unfortunately, he fell again into the dark photograph error we saw in the Battle of Winterfell in episode seven, Driftmark. Both directed by Miguel Sapochnik, it is worth mentioning. He also directed the final Battle of the Bastards, and served as showrunner for this series. 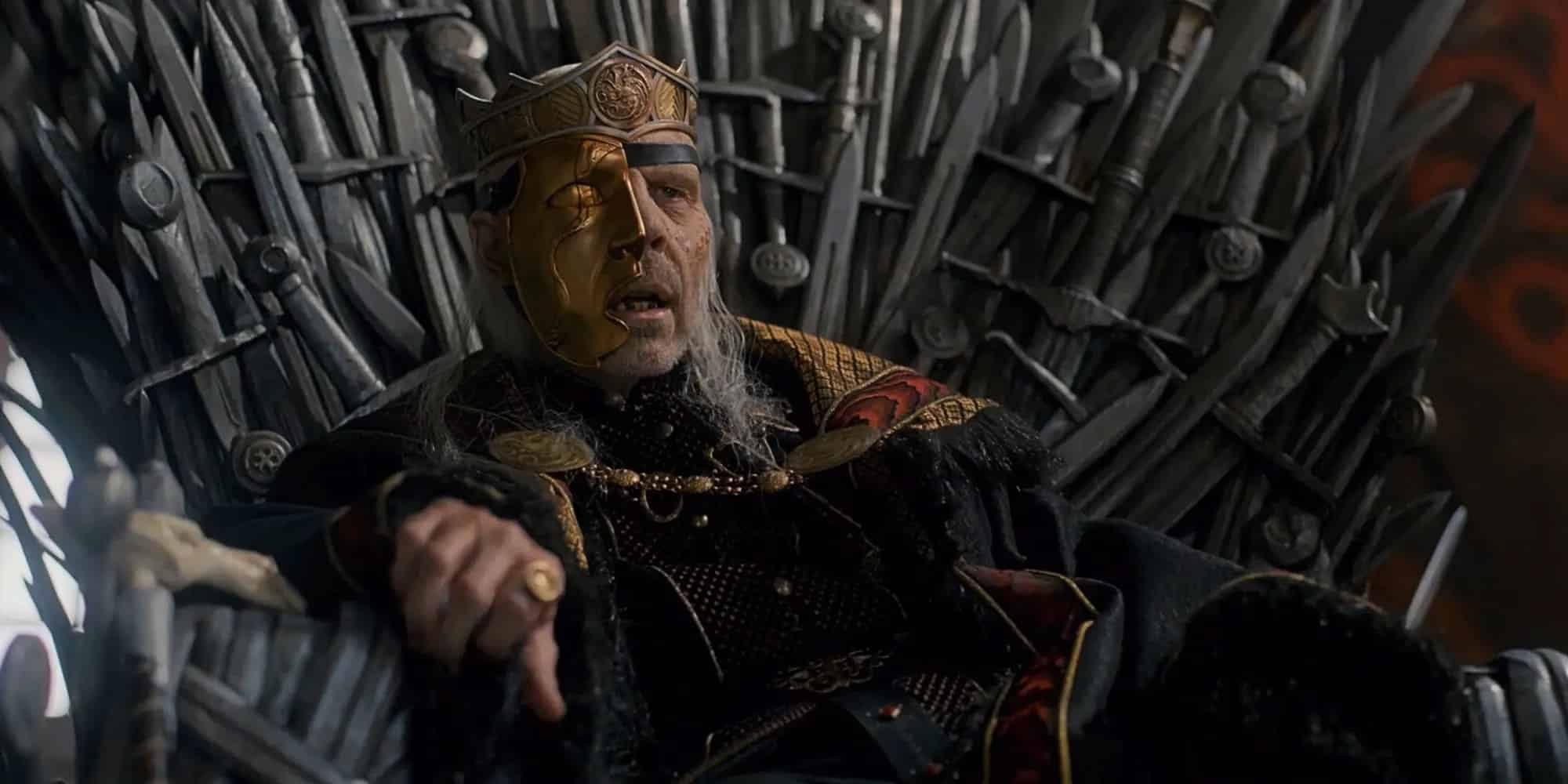 Costumes, makeup and wigs (lots of wigs!) help to efficiently compose the characters’ personality, as well as differentiate houses, allies and the passage of time. While the scenography rescues forms known by the public, at the same time it updates and expands that world.

But what really matters for de the house of the dragon, of course, the dragons! Shown with parsimony, the production seems to prefer to focus on specific scenes, instead of filling the scene with the beasts. Thus, we have an impressive variety of creatures. All dragons are different, have different shapes, colors and personalities, as well as complex relationships with their riders. They are absurdly realistic, and instead of being used as a decoy, they are present only when they can add to the narrative. 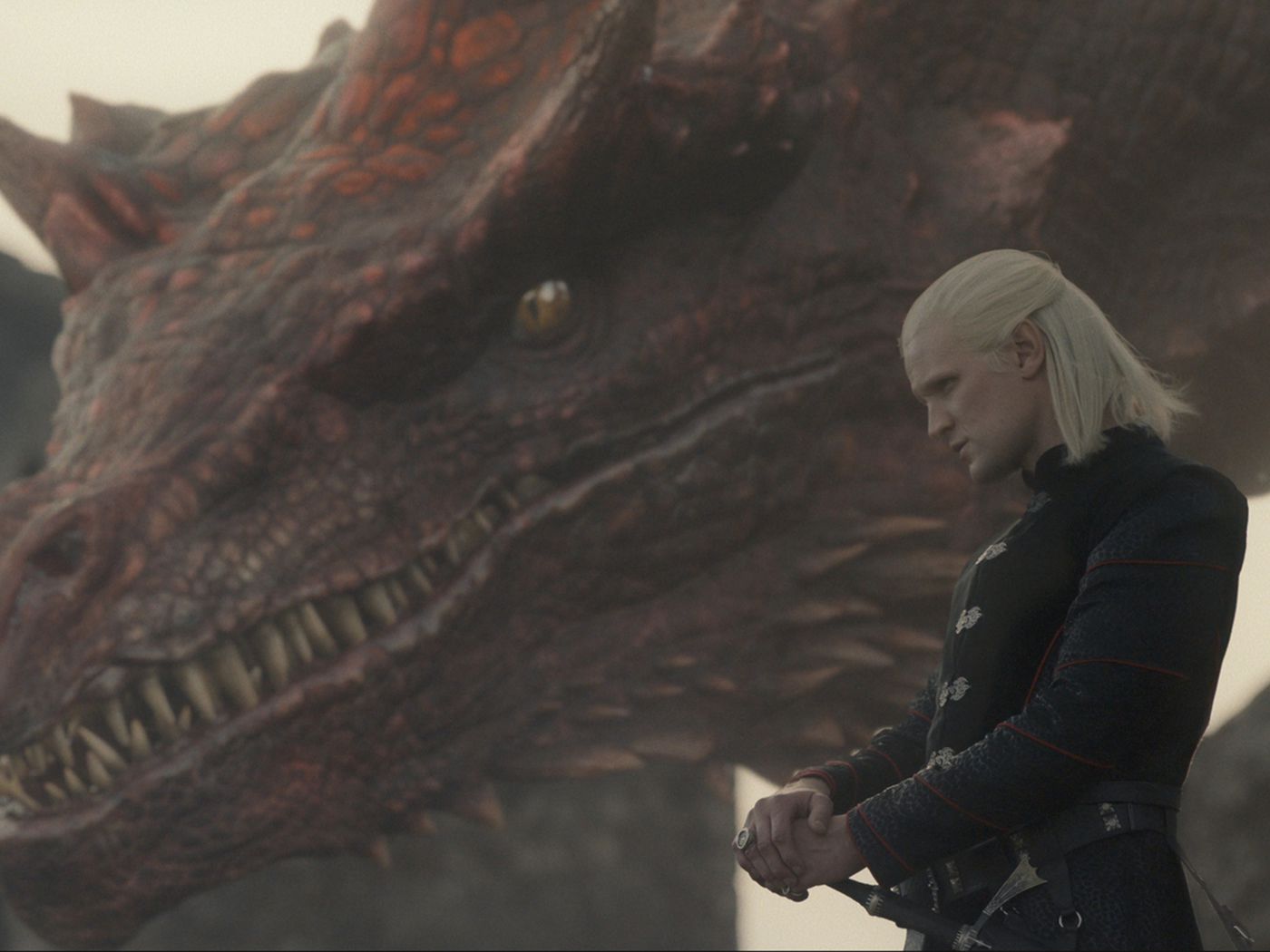 Comprising a large period of time, which brings calculated advantages and disadvantages, the first season of the house of the dragon a great preparation. A complex and detailed build for the Dance of Dragons to actually take off in the second year. The series managed the feat of being exciting and dynamic, despite being practically an introduction. It surprises and conquers even those who were most suspicious, and it has all the conditions for a more uniform and coherent development and outcome than game of Thrones.

the first season of the house of the dragon has ten episodes of about one hour each, available on HBO and HBO Max.