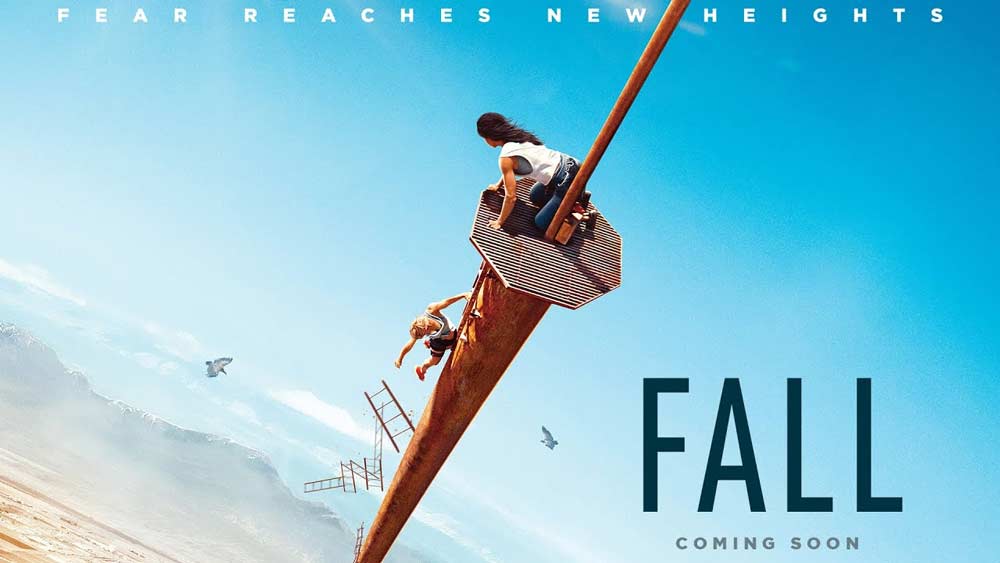 Play high-risk sports alone, and not tell anyone where you’re going. These are the most common mistakes that make for good survival movies. The fall brings this premise to a curious environment, abuses chance and creativity to create an unnerving sensation for the public.

In an attempt to heal a trauma, Hunter (Virginia Gardner) drags her best friend Becky (Grace Caroline Currey) on a climb up a dizzying abandoned radio tower in the middle of the desert. Once at the top, the duo is stuck and must use all their creativity to stay alive and try to save themselves.

A tiny platform, without a breastplate, with a pole in the middle, this is the main setting of fall. Also all the girls have between them is a hundred-meter drop. The premise of the feature is far from unpublished, it is the scenarios and difficulties that differentiate the feature from other productions. In addition to the height and limited space, the duo still has to face, strong sun, incessant wind, scarcity of food and water, and even vultures lurk.

With the main objective of causing agony in the spectator, the script already begins to trample the audience even before the characters begin to climb, reinforcing the vastness and isolation of the region. On the way up, the direction of Scott Mann makes a point of focusing not only on the difficulty of the climb, but also on its risky conditions, by repeatedly pointing out the deterioration of the tower. Rusty, brittle metal, fittings with loose screws, falling, absent, all reinforced by a sound work that exalts creaks, metallic sounds and the prevailing wind, making us constantly suspicious of the stability of the structure.

The tower itself is also a factor of growing fear, divided into sections that deliberately increase the difficulty along the way. From the false sense of security of the railed section, passing through the part without this support, through the obstacles of the satellite dishes, to the final platform, the entire ascent in itself is a challenge for the nerves, whether you are afraid of heights or not. . 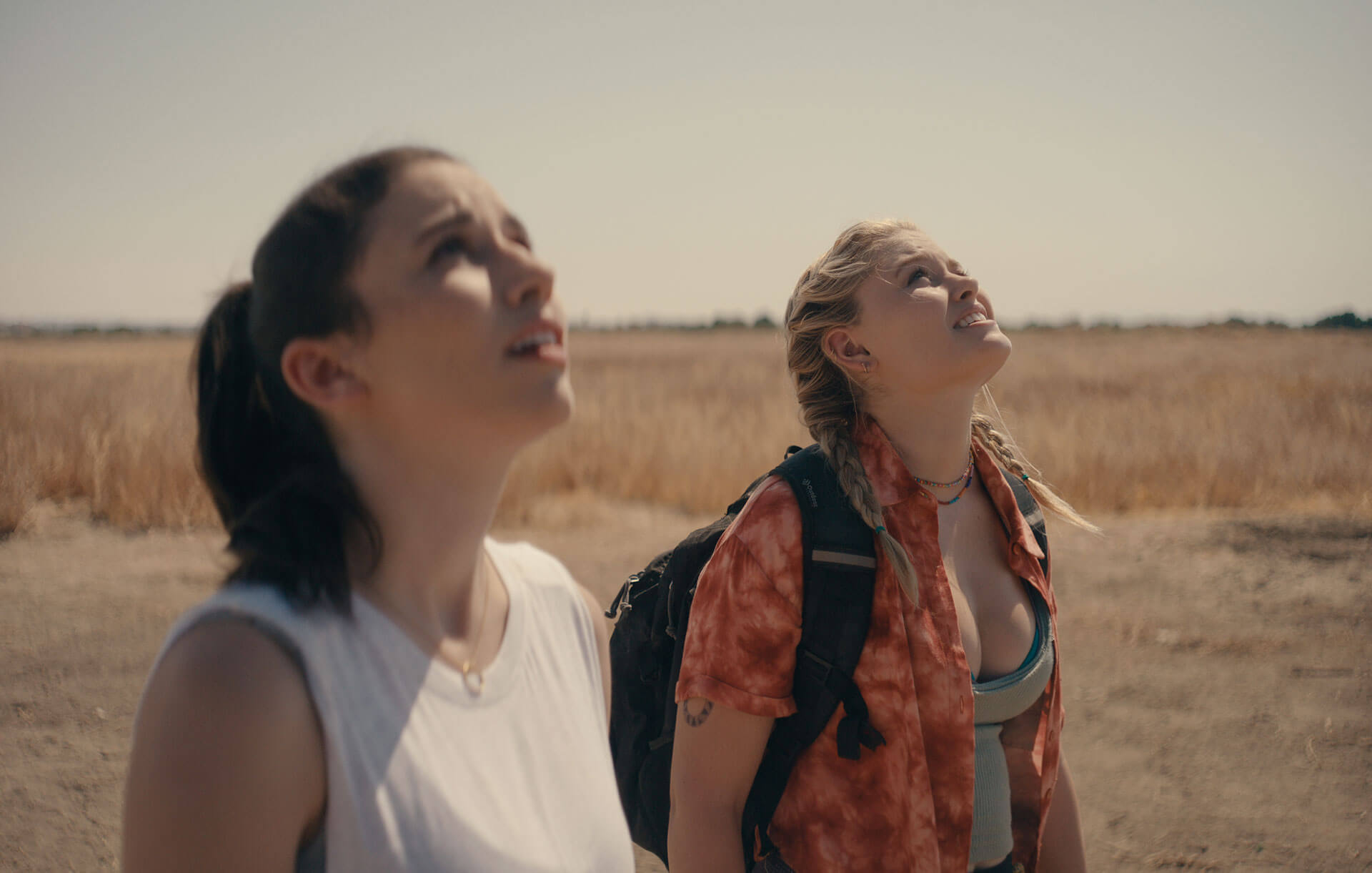 Once trapped up there, the pair alternate between good ideas and very bad luck. Initially with the sassy Hunter being more active, until the traumatized Becky also needs to take the lead in ideas and assert her title of protagonist. The personality difference, and the good dynamics between the two, is crucial, both in justifying bad choices and in facilitating our empathy with them. Yes, they made irresponsible and idiotic choices, and they defy gravity unnecessarily, especially in the eyes of those who, like me, see no fun in high-stakes sports, even more so when performed only to gain likes. However, in the end we managed to forgive these bad steps and hope for the survival of the duo.

The challenges imposed, as well as the ways in which they fail miserably, are quite creative and keep the film from falling into the doldrums. Of course, there are the odd little concessions the viewer has to make to stay immersed, like entire sections of stairs falling down even when they’re not connected, convenient objects found by the girls, and even the rope that changes size as needed. easily overcome by the agony of the situation. The slip is really due to the need for the script to create a parallel drama for the young women. A cliché dilemma, which generates uninspired dialogues, shallow performances and that seems small and unnecessary given the situation in which they find themselves.

Fortunately, this detour is brief, and we soon return to the main survival dilemma. It is from these moments of despair and bursts of courage that the film manages to draw the best performances from Currey and Gardner. At no time do we stop believing in the despair and wear and tear that the girls are going through. 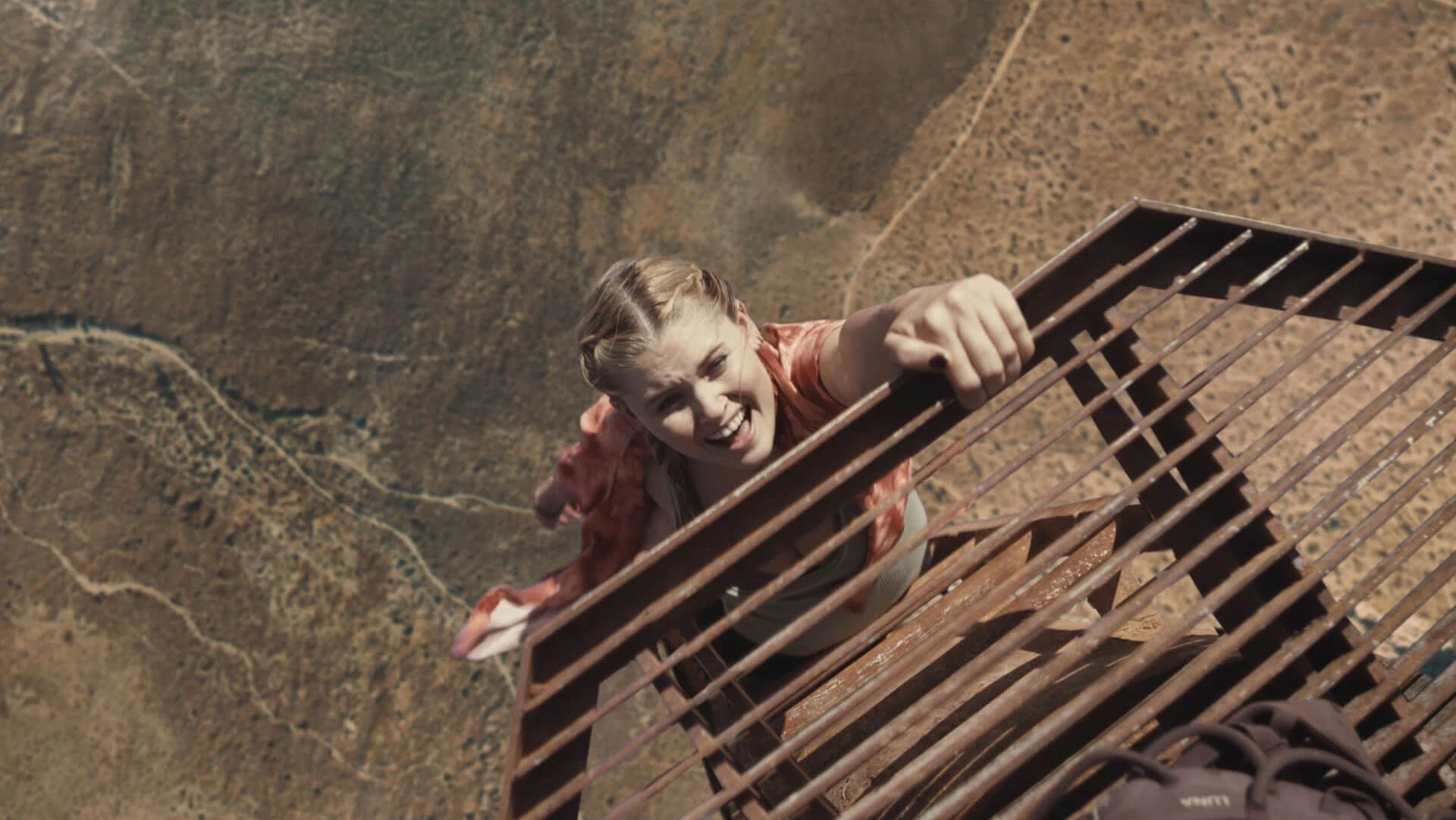 None of this would be possible, however, if we did not believe in the danger to which the girls are subjected. the efficient work of the art direction, and the special effects that guarantee the credibility of the situation. Even with a small budget, the production manages to explore and emphasize both the height of the tower from different angles and the isolation of the desert. Making the danger real and palatable, even for those who are very safe, with their feet on the ground, sitting in the cinema armchair.

Fall in a great innovative and original film. In fact, its premise is quite simple and well-known, it’s the creative conditions and the good execution that make the film stand out. He takes us to the top of the tower, along with the fans, and delivers all the anguish and agony he promises. And I don’t even have to be afraid of heights to be truly terrified!